On a recent trip to Tenby we saw St Catherines Island. It becomes an island at high tide, but is accessible by foot at low tide. 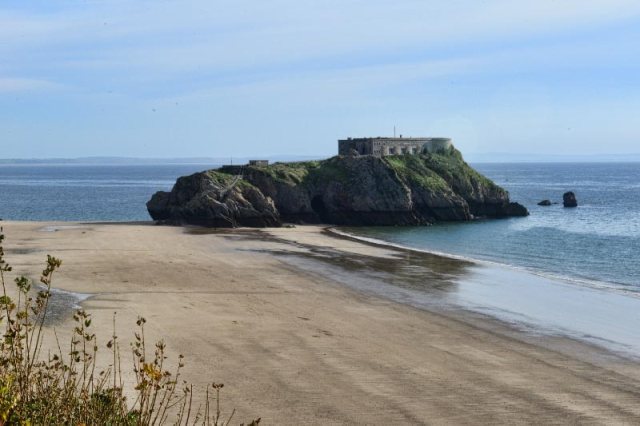 We walked past the place a few times until we noticed we could visit the fort on the island.  The fort and island has had a chequered  past, having been many things in its life, from a fort, to a summer house for a wealthy family and even a zoo.  Access is by a set of steps in the rock, and across a small bridge that connects the two rocks

And access to the fort is across a further bridge. 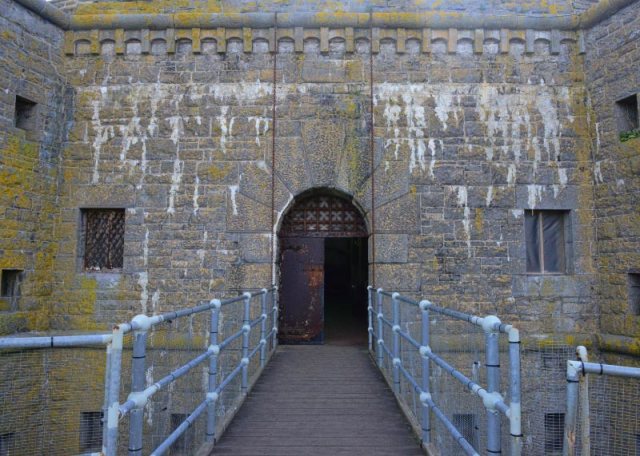 The saltwater air is taking its toll on many parts of the island and the fort. The railings are rusting. The plaster is falling from the ceilings. 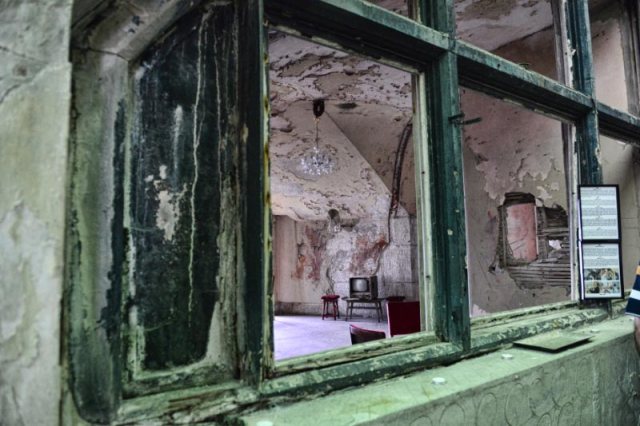 In some parts it is possible to imagine the house as a summer party house for the wealthy family that had owned it in the past… open fireplace, chandeliers from the ceiling, 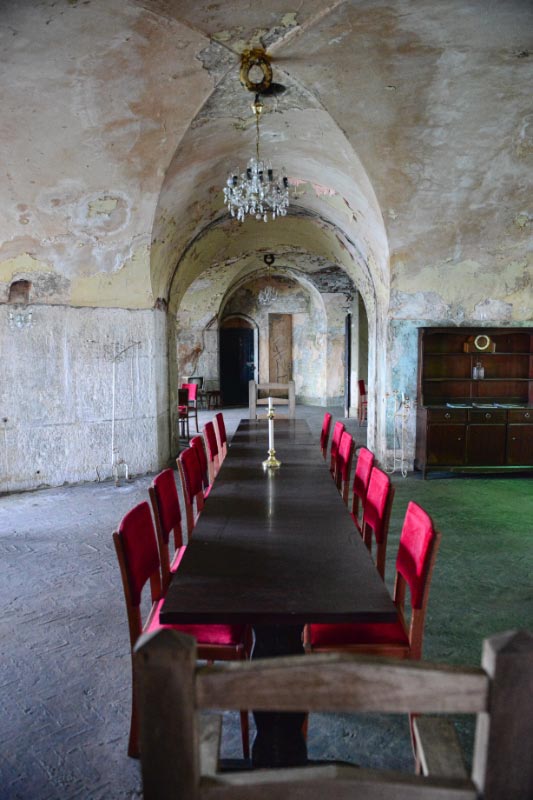 It was an interesting place to visit, but as it has only just opened to the public, they are still trying to open rooms that have been closed for many years. It will be interesting to go back when they open more rooms to the public.

You have to marvel at the engineering that must have gone into building something like this when it is only accessible when the tide is out.

I love Autumn. This is my favourite time of the year. The leaves are vibrant, there is plenty of colour around as the leaves go from green to yellow and then finally brown before falling to the ground.

Just a few of the images of autumn, mainly taken during the walk on the Monsal Trail… so many types of trees and leaves! 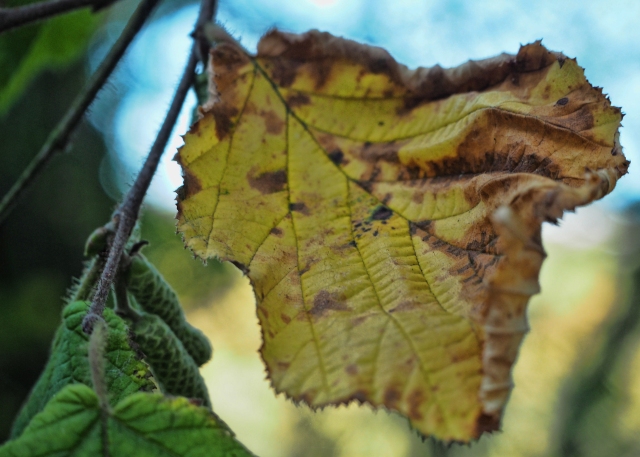 The occasional misty morning too in Autumn, but all too soon the autumnal colours are gone and the cold of winter arrives.

Its been a while… way longer than I had hoped.  I have spent time over the last couple of years taking a few photos, but never really doing much with them.  The time has come for me to get back into sharing my images.  I have started travelling a little more, so I want to start documenting my travels a little.

This past weekend we went for a walk along an old steam railway in Derbyshire, which has now been turned into a walking, cycle and bridleway.

Monsal Trail winds its way through the Derbyshire Peak District.  Its a lovely time of the year to walk this route. The trees all seem to be different colours.

As it winds its way around many bends, sometimes you are high on a hill… with stunning views across valleys

And sometimes you have to walk through tunnels, still black with the soot from the steam trains that used to thunder through.

We started our journey at Millers Dale Station, crossing a bridge 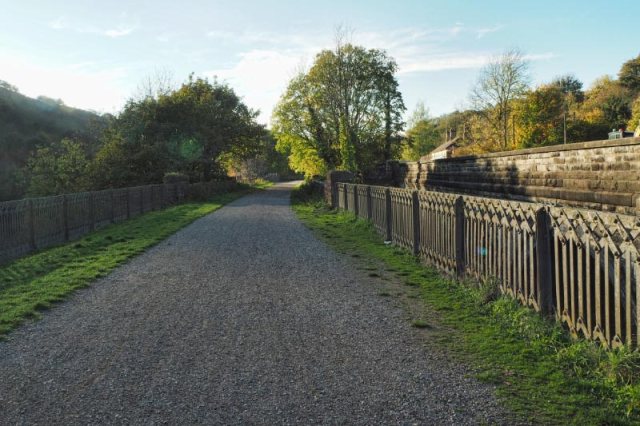 And at the other end of our walk was a pub at the top of Monsal Head, and the view from Monsal Head looking down to the viaduct is amazing!

Its been a very difficult couple of years, but I didn’t realise just how long it had been since I was able to spend some time seriously taking and making photographs.  I have just enrolled on a photography course to encourage me to get back into the swing of things. Who knows, next year I might even be able to complete a 52.

Starting to fall behind a bit with the 52… I really dont know where the time goes, but its not helped with my daughter borrowing my stuff so she can do her exam prep (I hope its all worth it though)

This week I have had to fall back on one taken last week at Carlisle.  Its a close-up of the gates to the cathedral.

I missed a week last week. Busy and a migraine didnt help… so I have to play catch up sometime soon. (anyway, enough of the excuses 😉 )

Hubby and I took a trip to the top of England.  We went on a very scenic train journey, but unfortunately all the photos from the journey are blurry 😦  However, we ended up in Carlisle which is on the England/Scotland border.  Carlisle has a lot of lovely old buildings, but the castle there looks amazing from the outside.

from Wikipedia “Carlisle Castle is situated in Carlisle, in the English county of Cumbria, near the ruins of Hadrian’s Wall. The castle is over 900 years old and has been the scene of many historical episodes in British history. Given the proximity of Carlisle to the border between England and Scotland, it has been the centre of many wars and invasions.”

One from last weeks trip out to Calke Abbey.  This is the main house… looks lovely from the outside… but inside its a different tale!

Hubby and I took a trip to a stately home on Saturday.

Calke Abbey is a one of a kind stately home. Handed to the National Trust, it has not been restored. It is still in the same condition as when the National Trust took it on as one of their projects. It is interesting to see how many of the homes of the very rich in the early 20th century did not survive. Many rooms have peeling paintwork, and furniture and other general household things left in disarray.

This is one of the outbuildings, a gardeners tool store. This is one place I think we’ll be going back to for further visits. (its a short car trip from our home)

I was going to save this theme for a big impressive bridge, but walking along another partially abandoned canal this little bridge caught my eye. The Grantham Canal has an active team of volunteers who have restored parts of the canal to a navigable state again… there are a few working locks, and a boat to take visitors up and down a short stretch of the canal.

Hubby and I went out for a walk along an abandoned canal in the birthplace of the industrial revolution.  Cromford canal was opened in 1794 and was used to transport all sorts of goods, including goods to and from the “new” industrial mills.

This is Gregory Tunnel which allows the canal to go under a large hill.